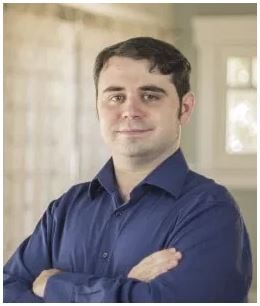 Satoshi has gone on record saying that he wanted the games to give children the same joy as he had during his bug collecting.  People with autism tend to take up collecting as a hobby, so Satoshi gave them and everyone else a gift that only he could create: a whole new thing to collect.

Calling Pokemon a world-wide phenomenon would be a gross understatement. The franchise has redefined a generation through its hordes of games, TV seasons, manga adaptations, toys, cards, and so much more. But as Pokemon fans prepare for the release of Pokemon Sun/Moon or despair over Ash losing yet another Pokemon League tournament, it’s easy to forget how it all got started. Before Pokemon Go, the Johto region, Master Balls, and even Pikachu, there was a man named Satoshi Tajiri.  In honor of Pokemon’s 20th Anniversary, I think it’s only right to look at the man who started it all.

Born in Tokyo in 1965, the young Satoshi had various obsessions — collecting bugs as a kid and arcade games as a teenager. The latter captured so much of his time and attention that he actually cut classes and wound up flunking high school. His parents were concerned; they actually didn’t understand his obsession with games and thought he was a delinquent throwing his life away. He eventually took make-up classes and got his high school diploma, but he only did a two year stint at the Tokyo National College of Technology studying computer science and electronics.

If you think that he put a cork in his video game obsession during his studies, think again. When he was seventeen, he started writing and editing a fan magazine that focused on the arcade game scene called Game Freak.  Sound familiar to any fans? That’s because Game Freak is one of the companies that makes the Pokemon games, their logo and name appearing every time you start the game up. How did it jump from fan magazine to game juggernaut?

Enter Ken Sugimori, the man who would later to go illustrate the original 151 Pokemon (for the uninitiated, the franchise began with 151 unique monsters players would try to catch; there are currently 721 with more to come). He came across the magazine in a shop, liked it, and joined the team as the illustrator.  After Game Freak grew and got several more contributors, Ken and Satoshi decided that they were disappointed with the current batch of video games and decided to make their own. Thus, after studying the coding language they would need to go forward, Game Freak went from magazine to game company in 1989.

Shortly after, he pitched the idea of Pokemon to Nintendo, inspired by the possibilities of the Game Boy’s connectivity possibilities (the Game Boy was Nintendo’s handheld console in the 90s with the revolutionary ability to have players link their Game Boys together and play against one another).  Since Satoshi had some game credits under his belt at this point, Nintendo went along with the idea (even if they didn’t completely understand it).  While developing the game, Satoshi was mentored and guided along the process by Shigeru Miyamoto himself, the pioneer behind such titles as Donkey Kong, Super Mario Bros., The Legend of Zelda, and so much more.

Despite this, the process of developing the first Pokemon games for the Game Boy (Pokemon Red and Green/Blue) was anything but smooth. The six year effort to make the games nearly bankrupted Game Freak and five employees quit because of it. Satoshi even foregoed a salary, instead relying on support from his father. Given how popular Pokemon is nowadays, you’d think that the release resulted in a giant explosion of fanfare, but the media outlets didn’t give it a lot of press.  The reason?  Get this . . . they thought that the Game Boy was a dead console.

Oh, hindsight is a beautiful thing.

Not only did Pokemon become a hit, but actually saved Nintendo’s dipping sales. The franchise has gone on to become one of Nintendo’s greats, lasting through six generations of handheld consoles and will probably last through six more.

But I’m here to talk about Satoshi because this is one interesting guy. He relished his time developing the game and looked up to Shigeru Miyamoto. Case in point, in the original Japanese Pokemon anime, the main character we know as Ash is named Satoshi and his rival (Gary) is named Shigeru.  It’s kinda sweet when you think about it.

But here’s the real kicker, the thing most people don’t know about him. Satoshi Tajiri is a high-functioning autistic. Yes, the creator of Pokemon is on the spectrum.

It actually fits when you look at it. People with autism tend to have fixations and specializations and you can see them in his past actions. When he was collecting and studying insects in his youth, he devoted so much of his free time to it that his friends called him “Dr. Bug.” I wouldn’t be surprised if that planted an idea in his head that would eventually become Professor Oak, the mentor figure in Pokemon Red and Green/Blue and later Pokemon Yellow.  Also, that obsession with gaming in his teens? That didn’t just mean following the latest games that came out, he actually took apart and put together his own gaming systems to see how they worked. That level of intense dedication goes well beyond being an average fan.

That brings us to the poetic genius behind Pokemon. Satoshi has gone on record saying that he wanted the games to give children the same joy as he had during his bug collecting. People with autism tend to take up collecting as a hobby, so Satoshi gave them and everyone else a gift that only he could create: a whole new thing to collect. As a guy on the spectrum, I’ve been trying to collect all of the Pokemon since the fifth grade when I could recite and describe all 151.  Nowadays, I could probably do . . . let’s say 85% of them.

So if you’re ever getting ragged on for not getting as good grades as your classmates or activities that other people find a waste of time, just remember that a bug collector who had to redo high school and had autism went on to change the world.

Colin Eldred-Cohen Colin Eldred-Cohen is a creative writer and story teller. He was born in San Diego and graduated from the San Diego School for Creative and Performing Arts (SCPA), where he discovered his talents for performing, singing and Irish dance.
Blogs